“The Fifth Message” is the title of this one in The Complete Works of William Hope Hodgson. However, it was actually published as “More News from the Homebird” and later as “From the Tideless Sea (Second Part)”. It was published in August 1907, eighteen months after its prequel and the same year as Hodgson’s The Boats of the “Glen Carrig”.

The story opens with sort of a frame summarizing the events of the first story and telling us that the second, third, and fourth messages from the Homebird have not yet been received.

Arthur Samuel Philips wrote this message too, and it describes events on the Homebird in 1879. Like the previous messages, it has been sent out on Christmas Eve.

We hear about how Philips, his wife, and their daughter have gotten on and how they are threatened with a new menace besides the giant octopi which threatened them in the first story.

One night, when Philips is below decks checking out their stores, he hears strange tapping noises. Once again, Hodgson uses his usual technique of slowly introducing his strange terrors: first sounds and then the physical effects of their presence. Here that last is a mangled pig in his bent iron cage.

The Philips are besieged for three nights until they learn they have been under attack “by a wandering shoal of giant crabs”.

The story ends with Philips discovering how the crabs got on board and taking steps to stop them, and the immediate menace is ended.

But, of course, the threat to their existence – being stranded in the Sargasso Sea and running out of food – hasn’t. Philips asks, “What other terrors does this hideous world hold for us?”

The story concludes on a stoic note:

We are beyond all help, and must bear that which is before us, with such bravery as we are able. And with this, I end; for my last word shall not be one of complaint.

That the world holds hideous terrors and that they must be suffered, fought, and, perhaps, overcome without recourse to a higher power is a feature of much of Hodgson’s weird fiction. Sometimes love can provide solace in the fight, but, in this Last Redoubt of humanity in the Sargasso Sea, the end is much closer than that faced by X and Naani in The Night Land.

I used the word “besieged” above. If you read critical works on Hodgson, the phrase “siege narrative” shows up a lot. That’s because so many of Hodgson’s stories, particularly his weird ones, are about a person or group under assault by strange entities of nature. In the Sargasso Sea, that’s merely giant monsters. Hodgson’s tentacled menaces are found in other stories too as well as his famed fungal terrors. Even his realistic stories feature that plot element frequently as we’ll see.

All his novels use it. What is humanity’s situation in The Night Land but a besieged existence? The narrator has to contend, in The House on the Borderland, with swine-men. The ship the narrator’s finds himself on in The Ghost Pirates is under siege on the vast ocean blue. The Boats of the “Glen Carrig” features two sieges: that invisible creature thumping about on the boat in the first part and the ship in the Sargasso Sea in the second.

In 1905, Hodgson stopped writing novels for good to concentrate on selling short stories though he had already started selling them in 1904 with “The Goddess of Death”.

I’m reading Brian Stableford’s Scientific Romance in Britain 1890-1950 (which has a section on Hodgson), and he talks about the British publishing environment that allowed Hodgson and so many authors to produce a variety of fiction, including that of the fantastic sort, starting in 1890.

Prior to that date, a class division existed in that country’s publishing. Three-decker (volume) novels were the place that respectable fiction was published. It was purchased by the upper class or, more importantly, rented from circulating libraries. In fact, the circulating libraries, particularly the largest owned by Charles Edward Mudies’s, bought so many copies of a particular title that they exerted a large influence on what was published.

The lower class had penny dreadfuls and twopenny novelletes, cheaply printed stories under one cover.

There was no “middlebrow” fiction market.

The threedecker market was conservative in its approach to literature and firmly operated in given literary traditions. The need to fill out three volumes for a title also accounts for what some consider the bloated feature of Victorian novels of this era.

irrelevant dialogue and elaborate description of the emotional upheavals of the characters.

Its writers were also hampered by having to pad out a story as long as the series would sell however long the series lasted. (The only penny dreadful I’ve read part of is Varney the Vampire, but the description matches.)

From the aspect of science fiction and weird stories and supernatural stories, this was a very constricting. There were plenty of stories that could be told in a manner too sophisticated for the lowbrow market and too short for the highbrow market. Also, many stories of fantastical fiction could not be successfully extended to a full volume

However, things changed about 1890. The three-decker market was declining. Stableford says “Murdie finally pronounced his sentence of death upon it in 1894.” I don’t know if that means Murdie wouldn’t buy them anymore.

1890 also was the time when the reading public in England massively expanded. Whether that was due to the effects of the 1870 Education Act is argued. The consequence was that a middlebrow market emerged that published a wide variety of stories of many different types. The most famous example is The Strand where Arthur Conan Doyle published his Sherlock Holmes stories.

When he entered the short fiction market, Hodgson entered an arena of literary endeavor where writers wrote many kinds of stories, often created series characters, and frequently reused plot elements. Hodgson’s work exhibits, as we’ll see, all those qualities.

However, Hodgson also sold to American markets. In fact this story and “From a Tideless Sea” were first published in the American Monthly Story Magazine aka Blue Book. 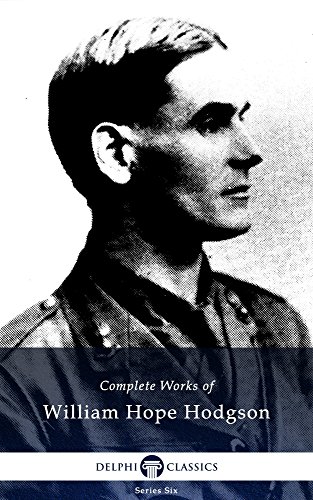 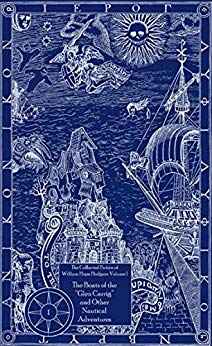 One thought on “WHH Short Fiction: “The Fifth Message””